EAST SIDE SUSHI - In theaters September 18

My score and song for EAST SIDE SUSHI is now available on iTunes.

So proud to announce that EAST SIDE SUSHI, winner of the Audience Award at 15 film festivals (Cinequest, CAAM Fest) and Best Screenplay at Napa Valley Film Festival, will be in theaters throughout California starting September 18th. As you may know, this wonderful indie features my score and song. 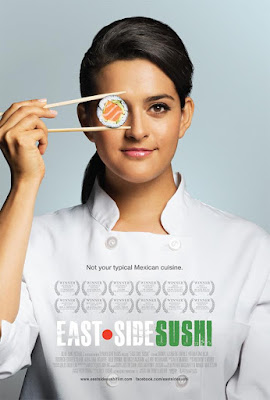 I urge you to see (and hear!) it in a theater if you can.

UPDATE: East Side Sushi will be released by Samuel Goldwyn/Sony on home video and iTunes in April 2016!

The film has gotten excellent reviews from The Hollywood Reporter, Indiewire, and San Francisco Chronicle. Update: It now has 100% Fresh score on Rotten Tomatoes thanks to reviews in LA Times, SF Chronicle, Variety, and more.

And here's the updated trailer with a card FULL of all the awards this little indie has gathered over the past year. Don't miss it. (But if you do it's coming to a premium cable channel soon.)