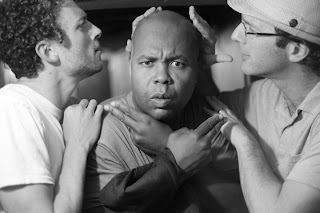 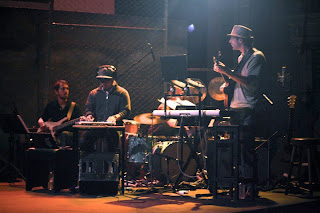 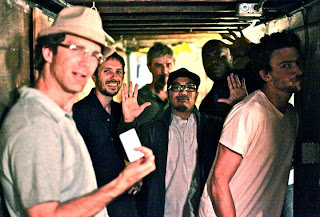 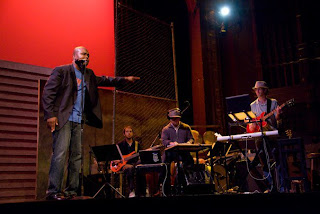 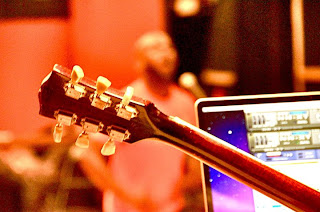 A few weeks ago, I was at my son's baseball game in Albany, having just finished Toy Story 3 and half-wondering what I was going to do with myself, suddenly finding myself in possession of some extra time. As if on cue, the phone rang.
It was my friend Glynn Washington. Glynn has a weekly radio show on NPR called "Snap Judgement," which starts in July and is definitely worth checking out. Glynn asked if I'd consider being the musical director for a TV Pilot they were filming in 4 weeks. It would involve "scoring" stories for six slam storytellers, and performing this music live on stage. The show would be filmed for airing on Public Television in the Fall. The musical style was hip-hop.
I called my trusty friends Dave Brandt (The Echo Falls), and Tim Frick (The Fingers). We added Ben Bercasio, aka DJ Smoov Groovs, who works on the radio show with Glynn. I immersed myself in a great hip-hop Pandora station Glynn sent me, and the stories themselves.
I did some sketches in Reason, and purchased a new keyboard that allowed me to trigger loops, solo and mix tracks, and switch sounds without touching my computer. The new group- gathered in our rehearsal space in Oakland to test out some grooves.... 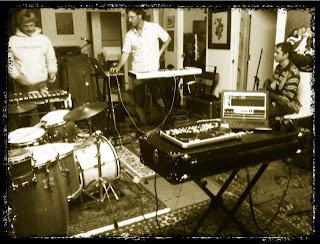 At the next session, the storytellers joined us. This was a really talented group of storytellers and performers. Each was eager to collaborate and integrate music into his story. It was a really fun process; we had 1-2 hours with each storyteller, so we worked fast.
The theme song I composed wound up being the main hip-hop track in the show. Other styles that emerged included: acoustic blues slide guitar, Afrobeat, Black church organ music, Indian-infused trip hop, 70s funk.
A little more than a week later we were onstage at the Brava Theater for two days of shooting. The show was sold out, filled with friends, family and fans.
The best way to see what happened will be to watch the show when it airs on Public Television in the Fall. In the meantime, here are some photos from the show.
UPDATE: The radio version has aired nationally on NPR. You can listen to it here. 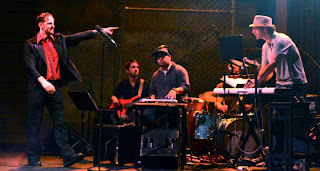 Onstage with Jamie De Wolf. This one came together really fast, I was really pleased with it. 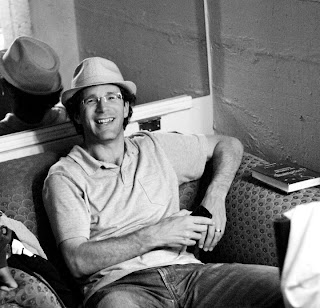 Backstage before the show. Apparently folks were shorter back in the day when this was a Vaudeville Theater, because the ceilings are pretty low back there. 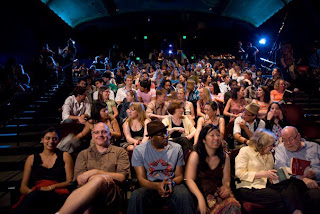 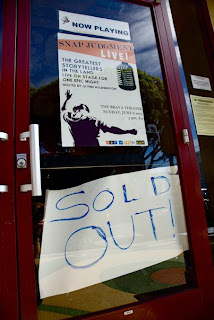 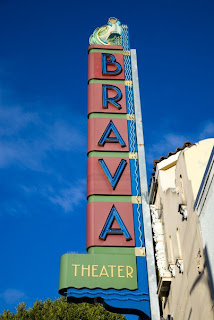