I'm excited to share I recently completed the music for a charming indie film, East Side Sushi.


The Director, Anthony Lucero, is an Oakland native who won the Best Film and Best Documentary prizes (Alice Film Festival) for his moving documentary about his family, Angels & Wheelchairs. By day he shoots documentary footage for Star Wars VII, and worked for years at ILM. East Side Sushi was his labor-of-love. He spent years writing, shooting, and editing the film. That alone is a huge accomplishment, but hard work alone is no guarantee of great results. So I'm glad to report the film is truly fantastic.

I was first approached by Anthony last summer. I was already doing music for Pixar, and prepping for the Snap Judgment live show at the Nokia Theater. But when he sent me the first reel, I knew I had to score the picture. We worked on one scene together to see how it went, and we both had a blast. Anthony asked me to score the film.

Having lived in Oakland for years, a fruit cart on International Boulevard was a familiar sight. Anthony's movie takes you inside the life of a single Latina mom who operates one of these fruit carts, who then stumbles upon a fantastic new world: a sushi restaurant.

The lead actress, Diana Elizabeth Torres, is captivating. (She has a role in the upcoming PT Anderson film, Inherent Vice). I'm sure we'll be seeing much more from her.

The authenticity and depth of emotion in the picture required live musicians. For live strings I brought in Minna Choi to conduct Magik Magik Orchestra. 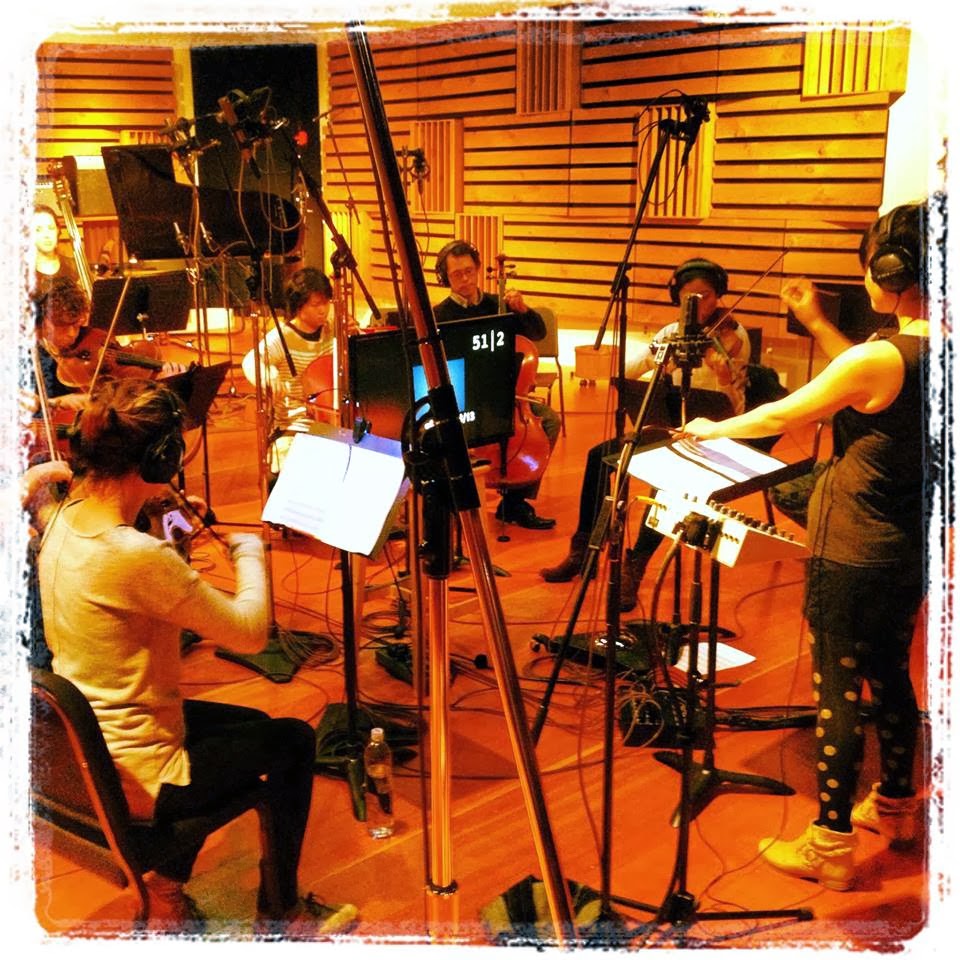 I performed the guitar, piano, and assorted synths & samples. We recorded Magik Magik at a wonderful new studio in Oakland, 25th Street Recording. A great API board, warm live room, and a beautiful restored 1914 Steinway B. The sessions were expertly engineered and mixed by Scott Bergstrom. My friend Mark Willsher had just returned from New Zealand working on the Hobbit and offered his expert guidance. 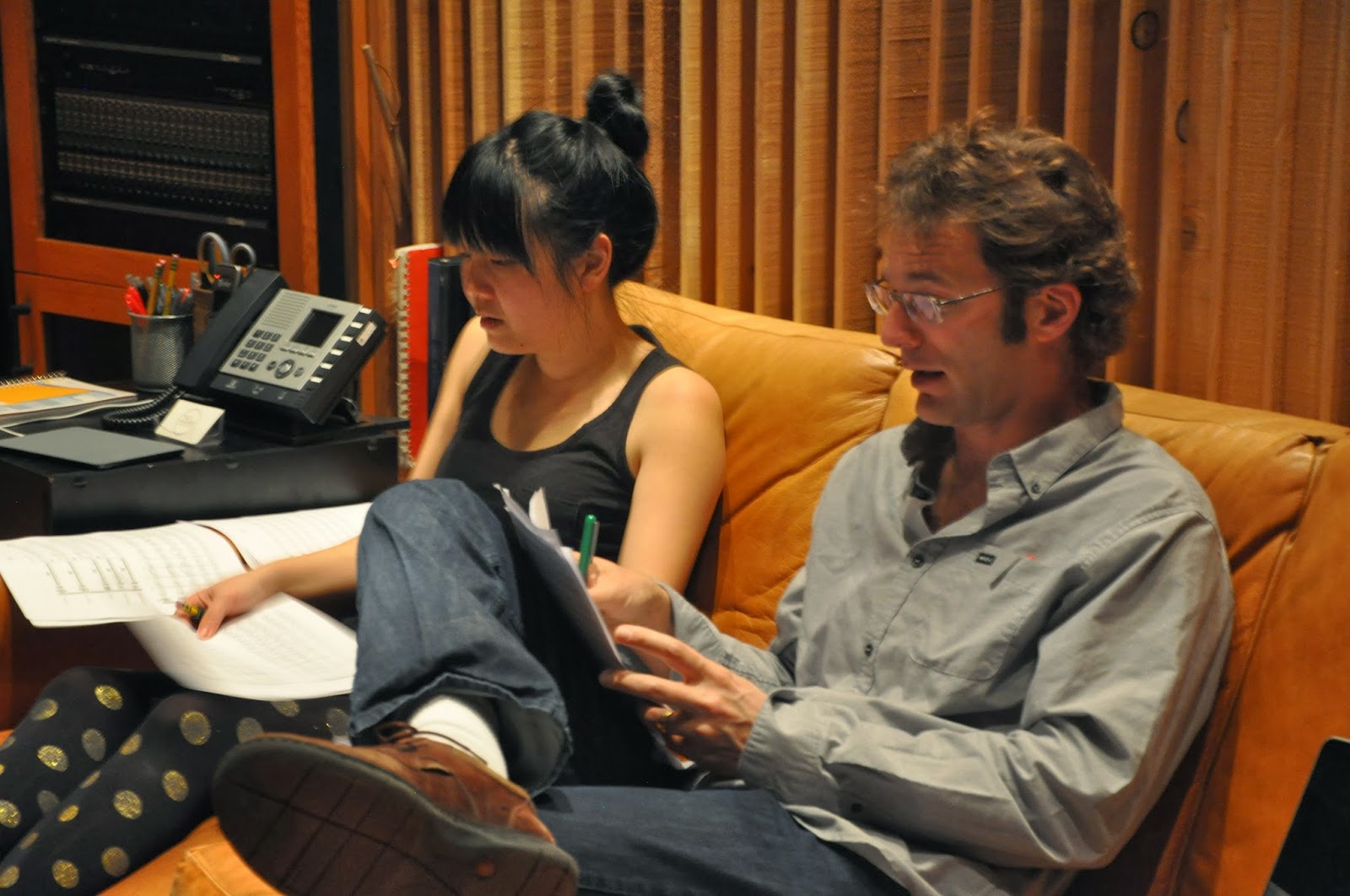 discussing a cue with Minna 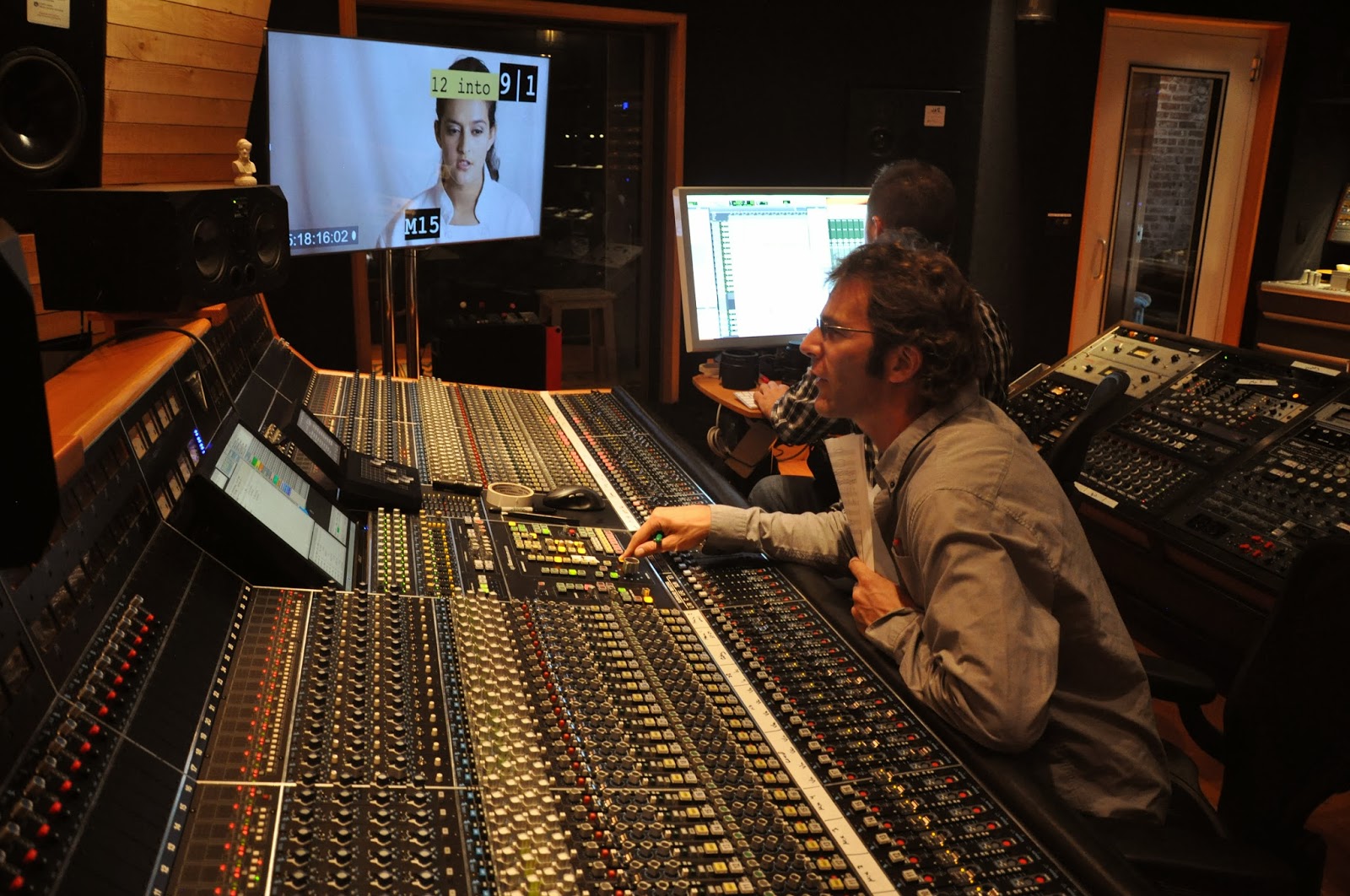 talking to the strings 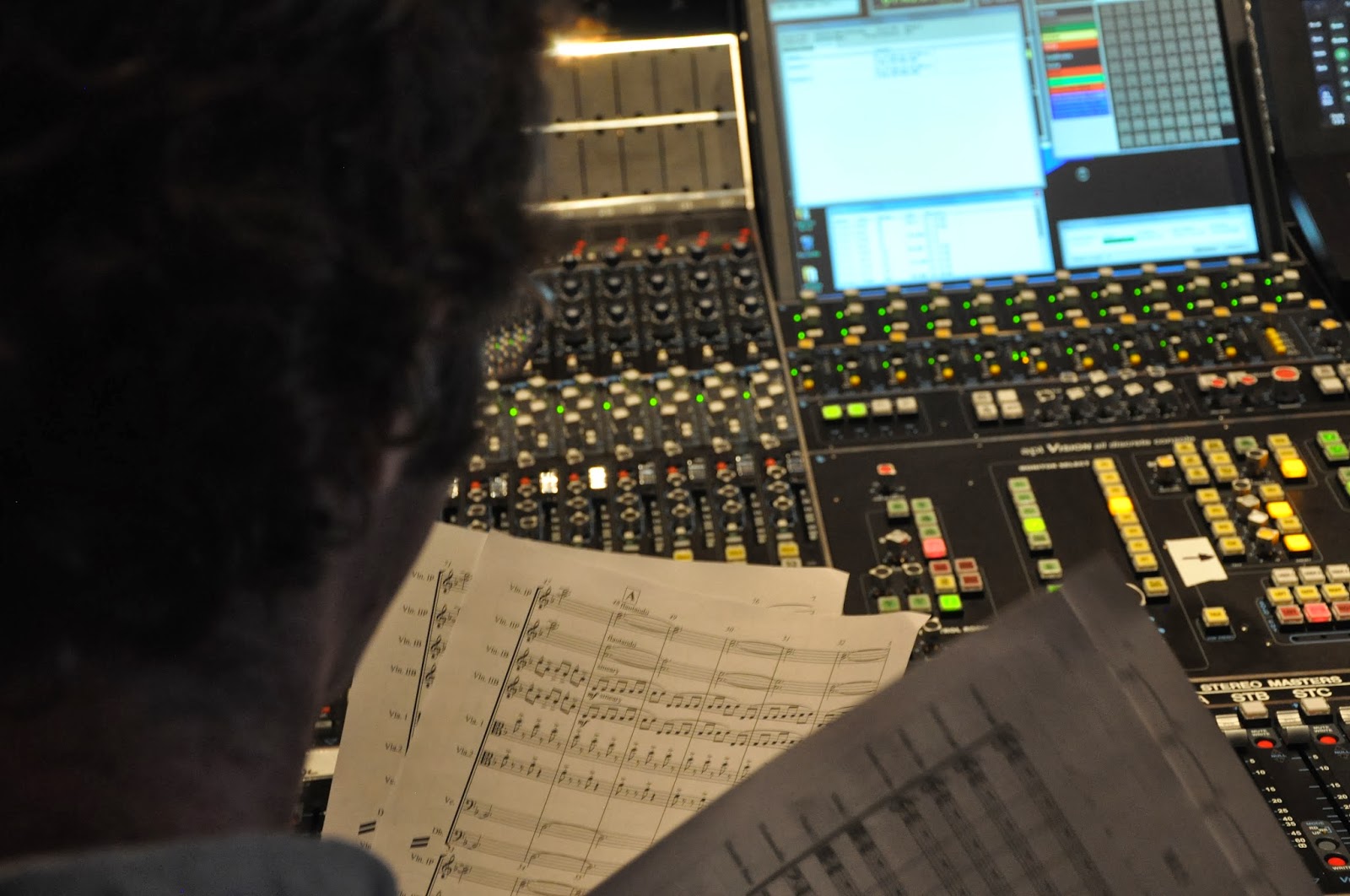 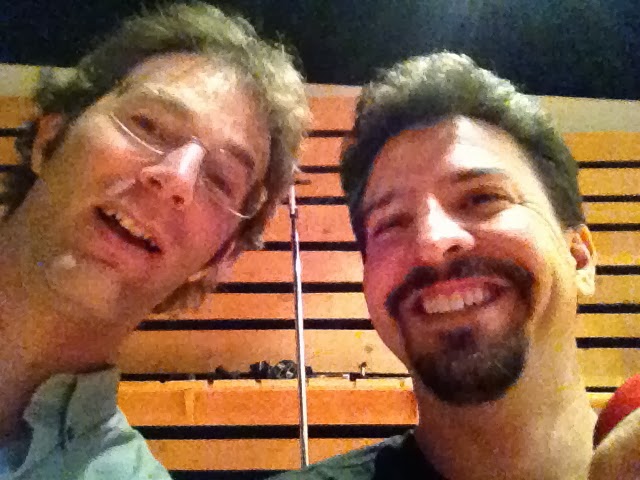 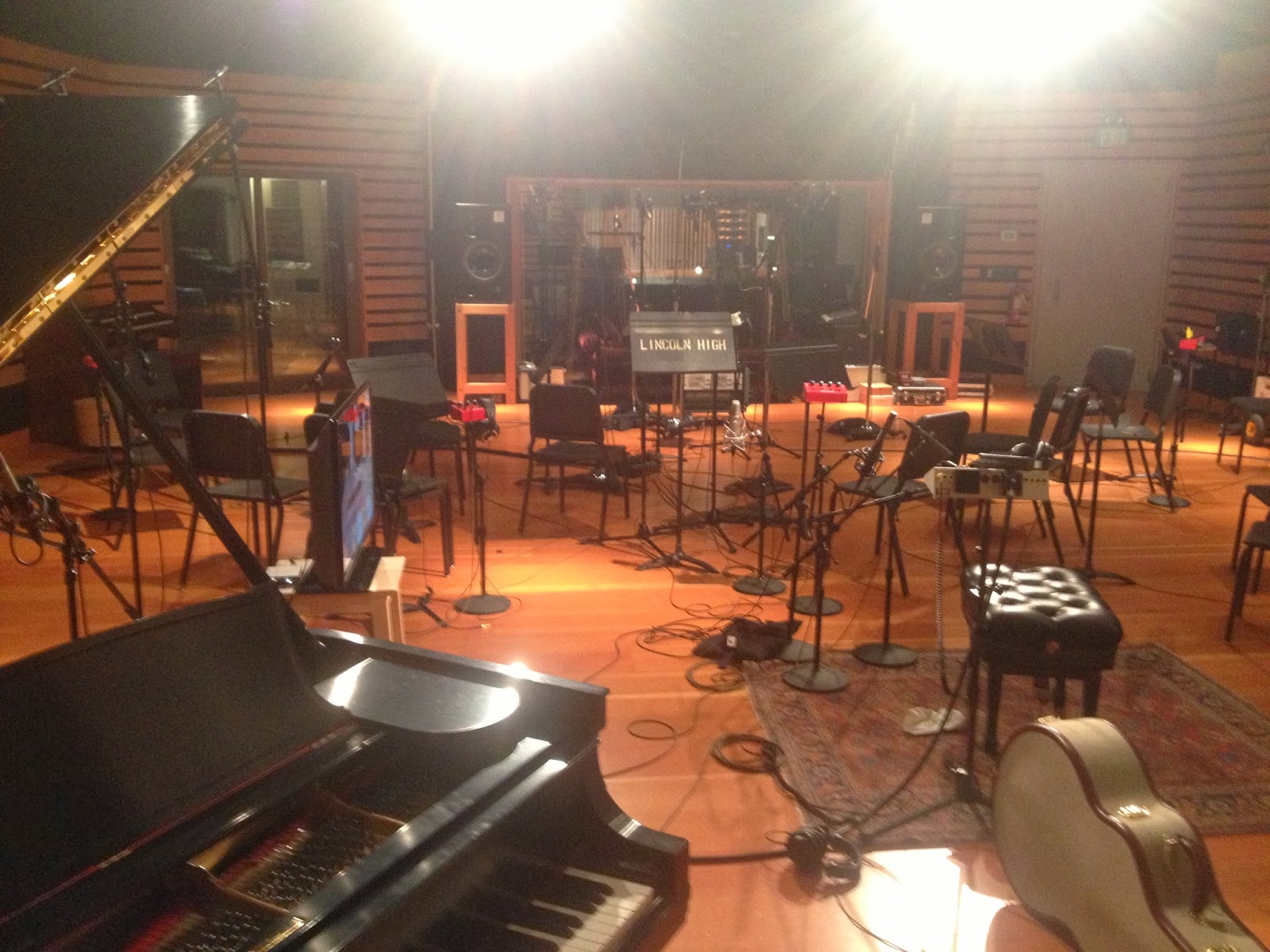 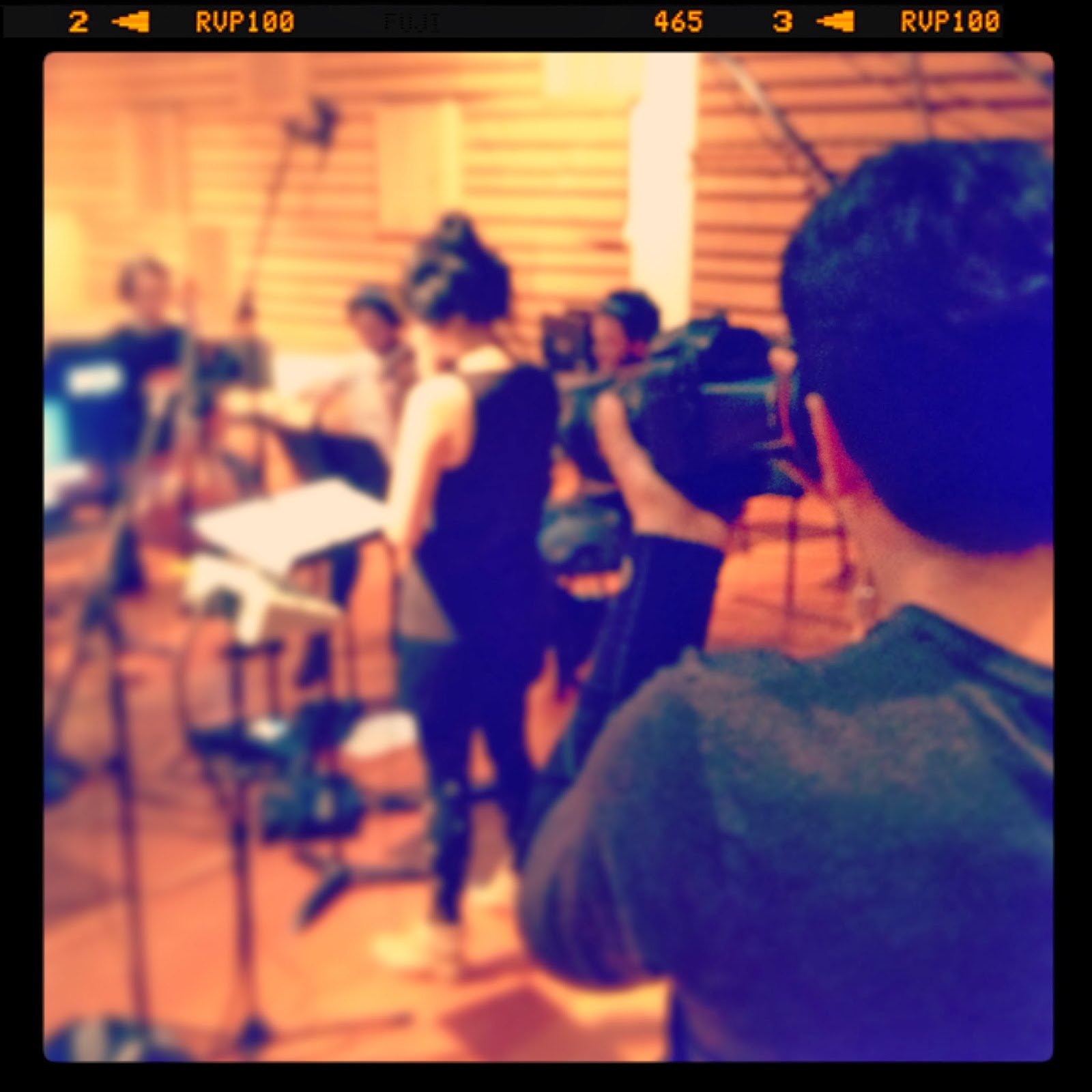 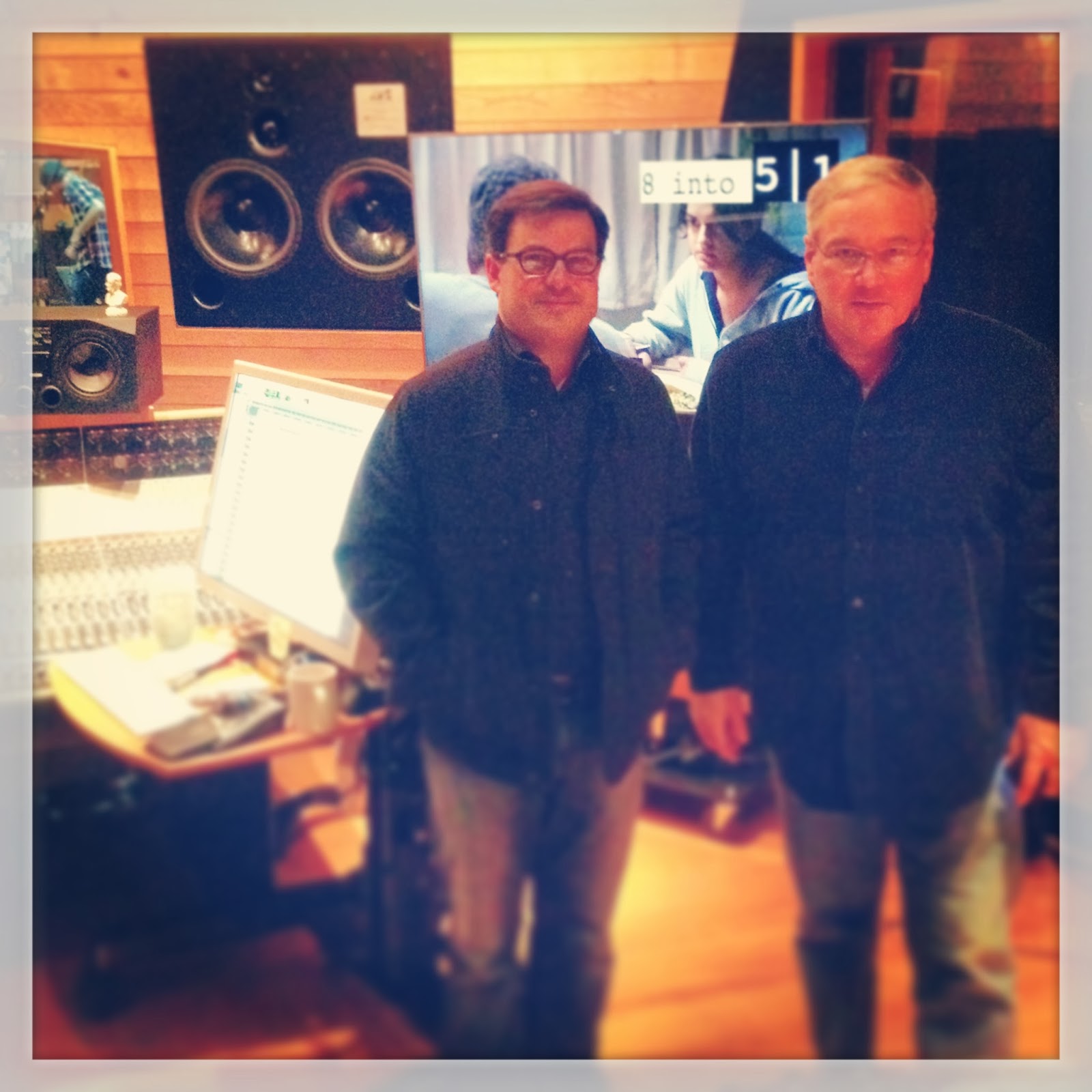 Late in the process, Anthony asked if I would write a song for the movie. "Amar de Nuevo" appears twice in the film, in the middle and the end. It was a thrill using strings on one of my songs, and I'm happy with the results. Anthony located a wonderful singer, Cava, who did a wonderful job on the vocal (and even recorded them herself!). Since you've read this far, for a brief time, you can hear the song here.

I wound up composing 17 pieces of music, nearly 45 minutes worth. I'm very pleased with the results.

Latinos watch more movies than other Americans, but are also the least represented in movies. Anthony's film (much like Snap Judgment) brings to life the story of Latinos and Asian-Americans in Oakland, and he does it in a way that is engaging, entertaining, and relatable. I encourage you to see it, and join his Facebook group for updates.