Watch Snap Judgment Live at the Brooklyn Academy of Music

Our sold out show at the beautiful Brooklyn Academy of Music from last summer aired recently on NPR.

Me and the Snap Judgment gang (where I'm musical director and composer) sold out the Brooklyn Academy of Music. 2400 seats. 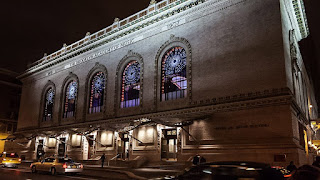 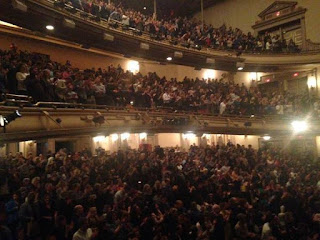 Here's me and The Roots' MC Black Thought discussing his story before the show. 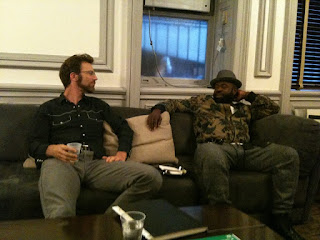 Right after we spoke I realized we should play a Rick Ross-style song to amplify the humor when he's stuck in prison with a rapping guard. The first time Tareq heard it was on stage in front of 2400 people. I don't think he minded because he got me a pair of tickets to watch the Jimmy Fallon show (thanks Tareq). It was an honor jamming with such a legendary MC.

My man Glynn Washington opened the show. Check out the crowd's response to his entrance alone.

Tara Clancy is a hilarious writer (check out her articles for the New York Times) and she's even better in person. Nice Riverdance, Tara!

I've worked with enough comedians on this show to know something. Whatever happens in rehearsal, once they get on stage and feel the crowd, they activate. Jen activated. And this story went semi-viral, cleverly released the week Girl Scout Cookies were released.

Josh Healey just keeps topping himself (he killed it AGAIN last month at Oakland's Paramount Theater AND at my CD release party -- Thanks Josh). This the best humorous story about abortion I've ever participated in. I mean.... just watch.


They call him 'The Closer.' James Judd is one of a kind. This was perhaps his most ambitious story. It started with a killer drum solo that, sadly got edited out. But it happened, Dave, it happened. I got to scat sing on a grand piano for this one.


Pia Glenn is a multi-talented actress and singer -- and she's also very resilient, as this challenging story reveals. I'm proud of the music on this one, especially at the end.


This show will be tough to beat. Sold out NYC with Black Thought of the Roots. Pretty great. Of course we just sold out Oakland's Paramount Theater....but that is another story, and shall be told another time. -AM
Posted by Alex Mandel